To Cơ Tu ethnic-minority people (Tay Giang district, Quang Nam province), the custom of sitting in the kitchen and presenting firewood is a longstanding culture beauty. Using a traditional stove, women must go to the fields and/or into the forest daily to cut and bring back firewood. However, in the context of fuel shortage and women need to pay more attention to their health, Malteser International supported to implement a campaign to encourage the use of firewood saving stoves. After a short time of implementation at Bhalêe commune, the project helped the locals maintain their tradition and protect their health and forest.

Sacred Kitchen is the soul

Thanks to a study tour to five provinces of Central Vietnam organized by the Central Climate Change Network (CCN), we learned that 95% of the population of Tay Giang district, Quang Nam province are Cơ Tu ethnic people. This is the place for many traditional festivals, arts and cultural activities imbued with national identity. At this location, in the ancient time, the kitchen stove was not only a place for cooking meals and drinks but also a part of the Cơ Tu souls. They use kitchen stoves for heating and lighting at night against the risk of cold and predators of Truong Son Range. Beginning with the building of the house, the local people always had a fire burning which is considered the most sacred place in the house and burns forever in order to bring prosperity and happiness.

Due to the sacred kitchen, Cơ Tu ethnic people have more taboos. They do not locate the kitchen in place where the sun shines in. It is because according to their perceptions, sunlight and fire which are hot will be a bad omen. They will turn off the stove if there are strangers or guests that they do not welcome. Children are not allowed to start the fire. If a village or a guest outside the village comes without seeing flame or kitchen smoke, it means the owners are not at home and they should not enter.

Next to the kitchen, many epic stories, business stories and family stories are handed down from generation to generation. Kitchen smoke for thousands of years have been mingled around the village and permeated on everybody’s skin of Cơ Tu origin. They put their feet to the kitchen direction to keep their feet warm when they sleep around the clay stove.

Understanding clearly about the local culture but always worried about the health hazards and environmental resources in the context of climate change and other natural disasters, management board and implementation boards of the project “Encouraging the sustainable conservation of forest resources in Tay Giang district” funded by Malteser International organized an aggressive communication campaign and supported Tay Giang people with 50 improved stoves  purchased from Bac Giang province.

We had an opportunity to visit the home of Mr. AlangVoi (A Tep 2, Bhalêe commune, Tay Giang district). Mr. Voi said excitedly “After attended training courses and painting contests of the project, my family paid money to buy an improved stove. With only 135 thousand dong to buy a stove, now I only need one basket of firewood for 20 days instead of 3-4 days as before“.

The traditional kitchen is a part of human soul of Bhalêe people. However, its historic mission is no longer consistent with the current living conditions of the local people. Because the Tay Giang forest as well as many other forests are become exhausted, firewood is increasingly scarce. In addition, the women collecting firewood work so hard, climbing the mountain and passing over streams with many dangers. Mrs. Vo Thi Be – Women’s Union of A Tep 2 village, Bhalêe commune told us “After a period of mobilization and training, farmers who were supported by the project came back to the village and prepared propaganda for Co Tu people to understand the advantages of improved stoves”.

According to the local residents, improved stoves are easy to use, quick to start, reduce the need of firewood by 50-60% and create less smoke. Mrs. Be said that “Previously, children often had a cough and lung diseases. At first, we do not understand but after attending the training course, we gradually realized that it could be due to smoke”.

With 50 stoves supported by the project, now women at communes have ordered 604 more stoves and asked the project to bring them back. It has been a success beyond expectations. Mr. Le Huu Lap, project officer in charge of organizing a communication campaign to encourage the use of firewood saving stoves supported by Malteser International in Tay Giang district, said, “Women have experienced a reduction in the burden of work and men consciously help their wives and mothers do the cooking. And more important, the number of children having respiratory diseases caused by smoke is reduced. While awareness of the local people about forest protection has been improving significantly. Thus, communication does not only stop with changing a stove but also does many things for the community”.

Photo 1: Use of firewood-saving stoves – women reduce their labor power 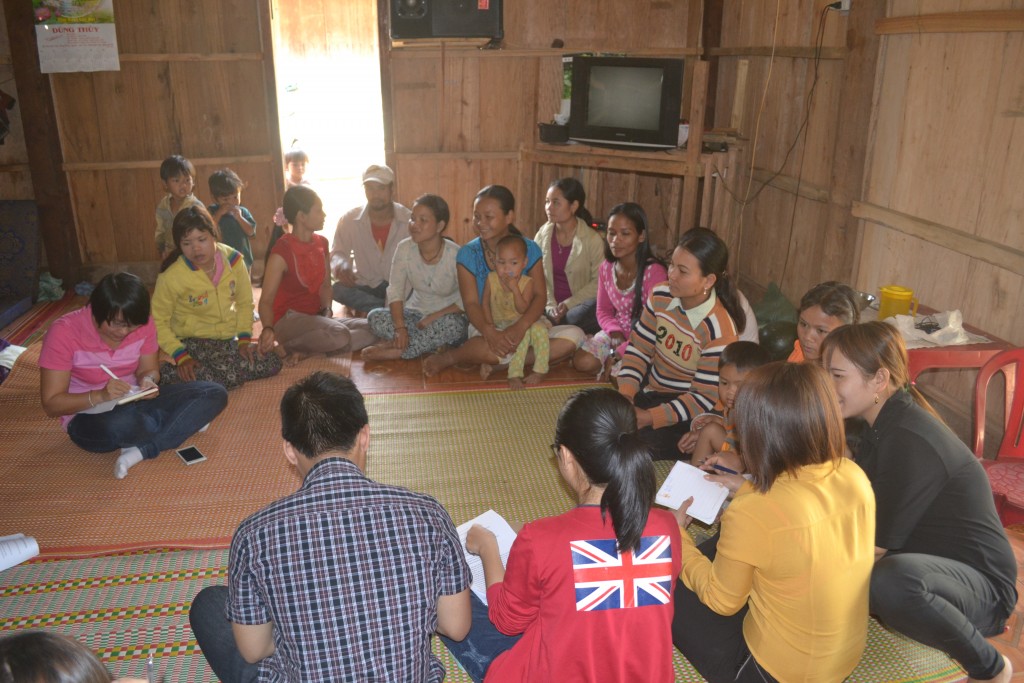 Photo 2: People of A Tep 2 village are exciting when using improved stoves 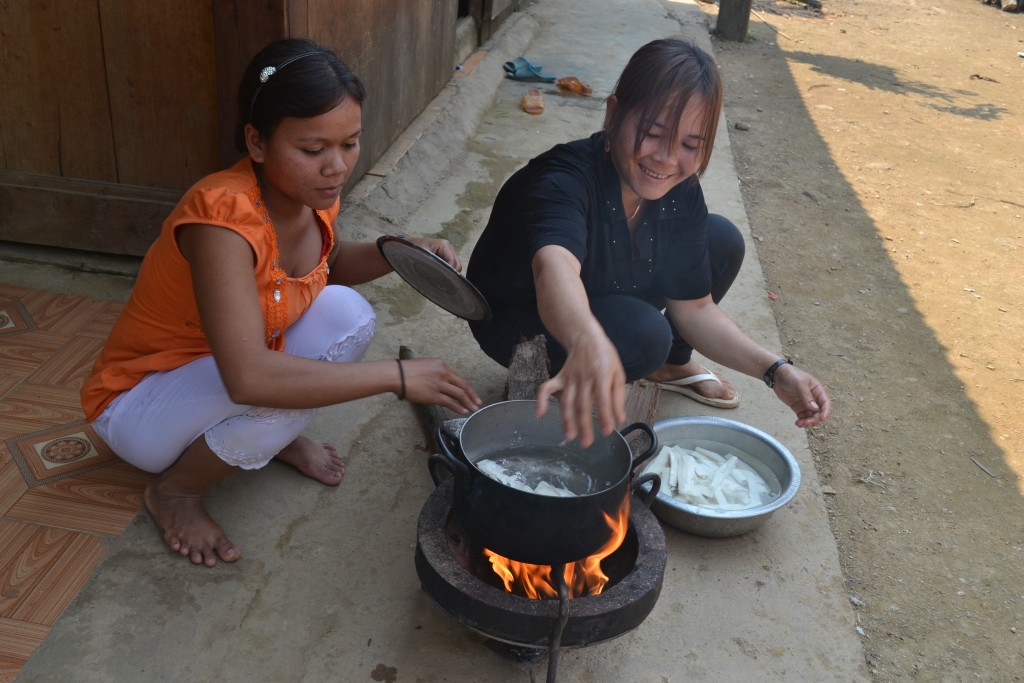 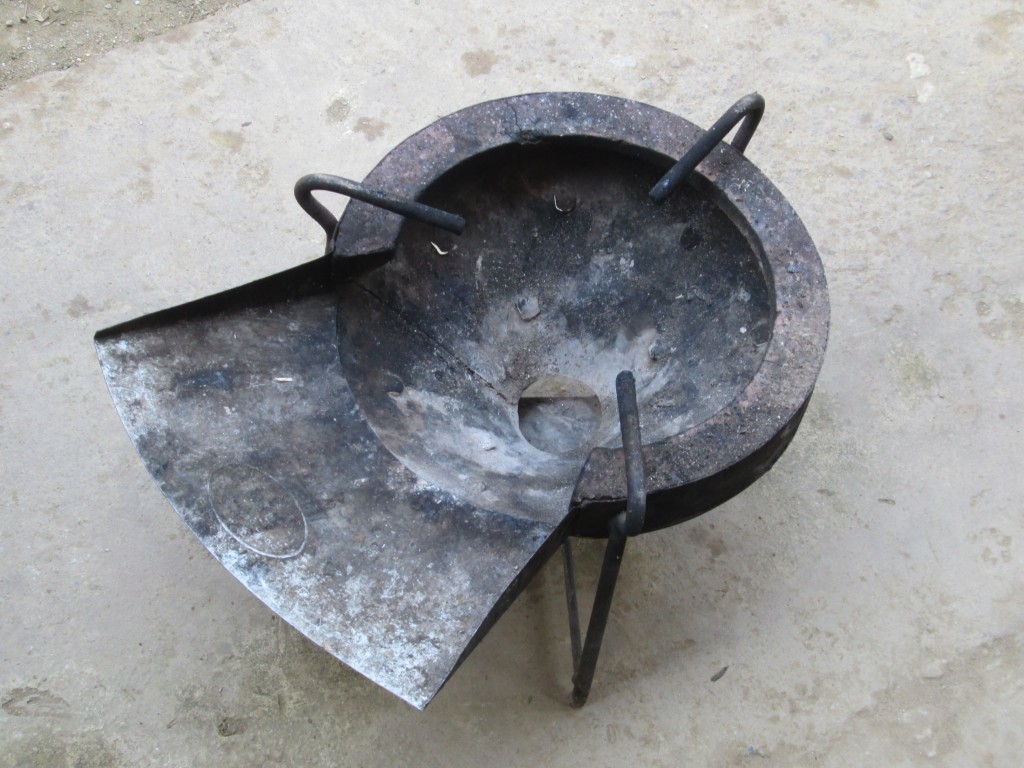